🥼IDSI Affiliated Faculty @AndrewNoymer in @APNews “With COVID surging, Los Angeles may soon require masks”. “until we get better vaccines, there’s going to be a new normal of a disease that kills over 100,000 Americans a year & impacts life expectancy.”

You are here: Home / News & Announcements / 🥼IDSI Affiliated Faculty @AndrewNoymer in @APNews “With COVID surging, Los Angeles may soon require masks”. “until we get better vaccines, there’s going to be a new normal of a disease that kills over 100,000 Americans a year & impacts life expectancy.” 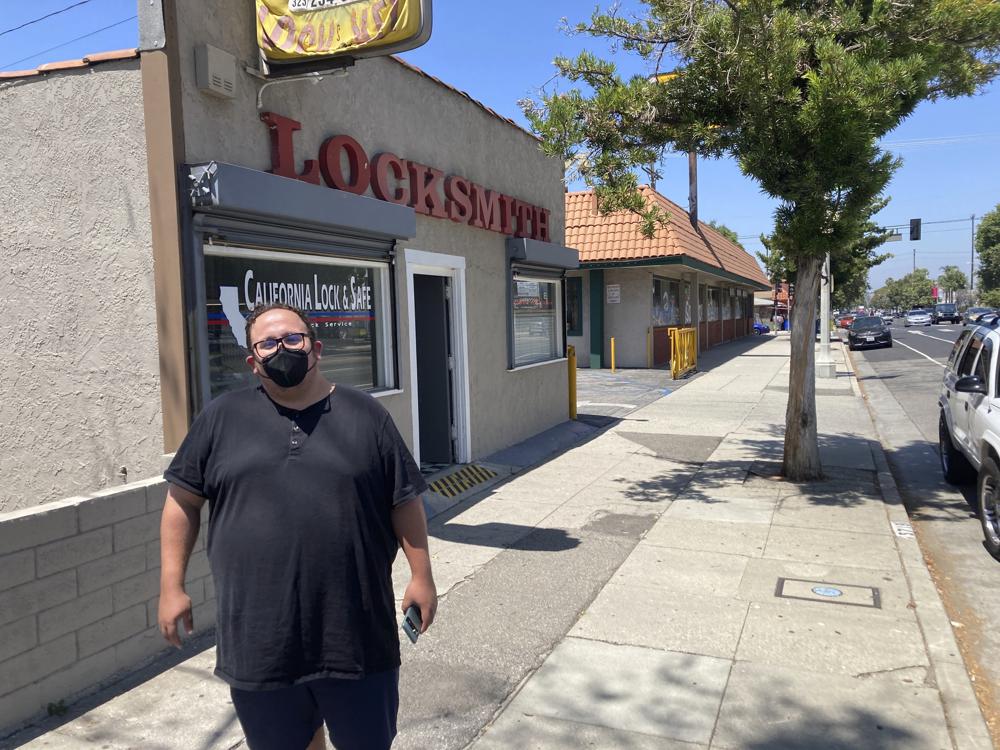 Nick Barragan wears a mask while running errands in Los Angeles on Wednesday, July 13, 2022. Los Angeles County is facing a return to a broad indoor mask requirement if current trends in hospital admissions continue, health officials said. Barragan said he's disappointed that the fast spread of COVID-19 could mean the return of a mandate, but he's used to wearing a mask because it's always been required for his job in film production. (AP Photo/Christopher Weber)

“I feel fine about it because I’ve worn one pretty much constantly for the last few years. It’s become a habit,” said Barragan, masked up while out running errands Wednesday.

Ferrer conceded that “for many this will feel like a step backwards,” but requiring masks again is part of a toolkit of “sensible safety precautions” during a jump in cases that’s reminiscent of the Delta variant-fueled surge last summer.

“We are not closing anything down. We are not asking people not to gather with the people they love,” Ferrer said during a public briefing. “We’re asking you to take a sensible step, when there’s this much transmission with a highly transmissible variant, to go ahead and put back on a well fitting high-filtration mask when you’re indoors around others.”

Nationwide, the latest COVID-19 surge is driven by the highly transmissible BA.5 variant, which now accounts for 65% of cases with its cousin BA.4 contributing another 16%. The variants have shown a remarkable ability to get around the protection offered by vaccination.

With the new omicron variants again pushing hospitalizations and deaths higher in recent weeks, states and cities are rethinking their responses and the White House is stepping up efforts to alert the public.

But hundreds of daily deaths for a summertime respiratory illness would normally be jaw-dropping, said Andrew Noymer, a public health professor at the University of California, Irvine. He noted that in Orange County, California, 46 people died of COVID-19 in June.

“That would be all hands on deck,” Noymer said. “People would be like, ‘There’s this crazy new flu that’s killing people in June.’”